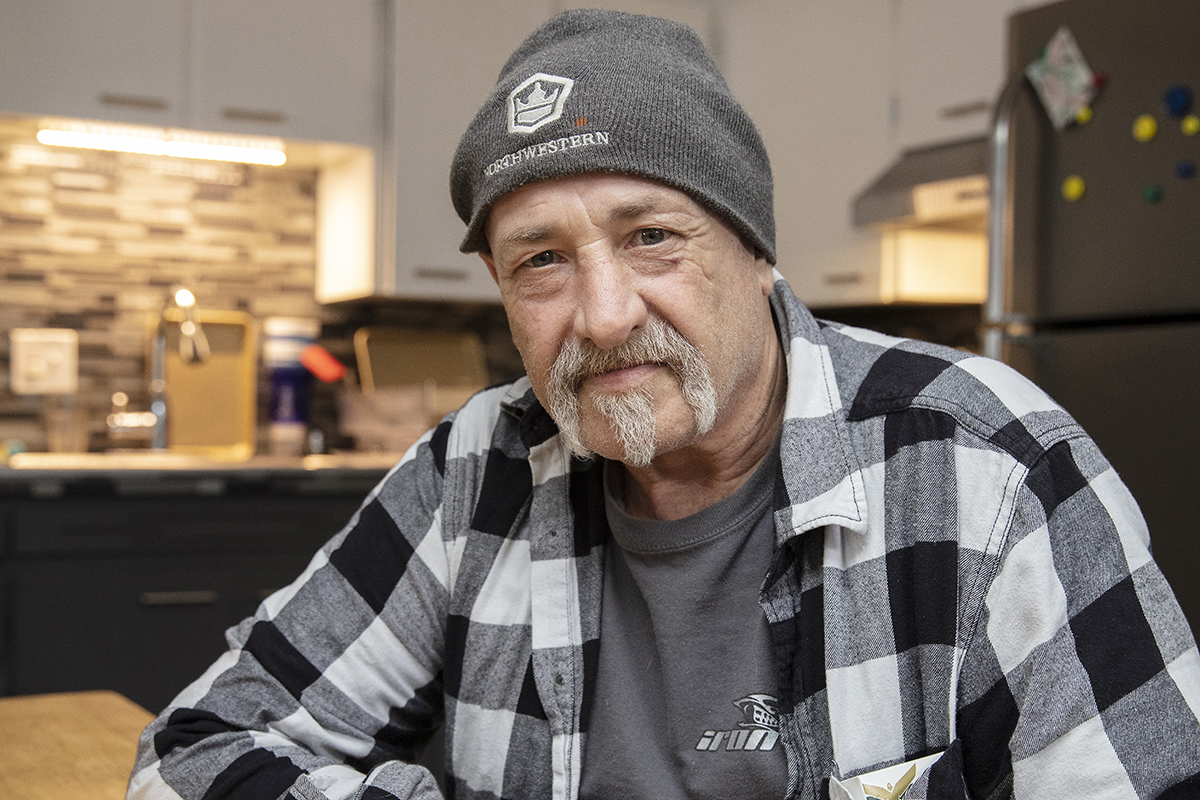 A little more than a year ago, Shane Capurro was panhandling at his usual spot along Northern Lights Boulevard with three other men who through circumstance had become his friends. He spent the day holding a sign, picking up spare change, doing what he could to get by.

That night he crawled into his tent nearby to sleep. Sometime in the early morning, he woke up, confused and feeling sick. He was drenched in blood.

“They said I took a lock and chain to the head,” Capurro said. “I was just attacked, and I don’t remember any of it.”

The next few days would be a blur for Capurro, who spent three days in the hospital recovering from a fractured skull, then was released back onto the streets. Looking back on that time, Capurro says that if it hadn’t been for a program called Home for Good he doesn’t think he would have survived.

“Zach from Behavioral Health came and said, ‘Do you want to get out of here? I can help you.’ And he did. He did everything he said he’d do; it never stopped,” he said.

Home For Good is a three-year program seeking to help 150 of Anchorage’s most vulnerable -- people experiencing homelessness -- by connecting them with housing and support services. The program, administered by United Way in cooperation with Alaska Behavioral Health, Southcentral Foundation, CHOICES, Inc., and RurAL CAP, provides individuals with a safe refuge to overcome the obstacles limiting their ability to find success on their own. Providence has committed $500,000 of community benefit funds over three years to support the program. Not only is Home for Good's a lifeline for these individuals, it also makes financial sense.

“We’re really interested in working upstream,” said United Way president and CEO Clark Halvorson. “We are identifying some of the neighbors who need the most help and providing wraparound services that include housing and behavioral health services. It isn’t going to come overnight, but it’s working.”

About 350 Anchorage residents experiencing persistent homelessness or challenging living conditions also have other needs that make them a good fit for the program, Halvorson said. In the past, these residents have rotated through expensive emergency response systems such as jail, hospitals, and shelter. By breaking the cycle, those costs are reduced.

That, Clark says, is progress.

“It shows the program is working, and the best part is the reduction in emergency service use helps both the participants and the community,” adds Samantha Longacre, Home for Good’s project director.

The “Zach” to whom Capurro referred to earlier is Zach Zears, who worked for what is now Alaska Behavioral Health a year ago and has experience in community outreach. Zears says he remembers his encounter with Shane vividly.

“Shane was someone I met quite a few years ago,” he said. “With the Home for Good program, we are given a list of people who would qualify, and when I saw Shane’s name pop up, I said, ‘I can find Shane within 24 hours,’ because I knew where he hung out.”

So that’s what he did.

“When I found Shane, he was sleeping rough and said he wasn’t feeling so great,” Zears said. “He had just gotten out of the hospital.

“It was due to the relationship that I had cultivated with him over the years that we were able to get him to trust us and find him a place to live, and to heal.”

Today, Capurro’s life is looking up. He lives in a small downstairs apartment in a neighborhood of modest homes, and he has a full kitchen to cook in – one of his talents that he enjoys. Being away from the constant drugs and alcohol has allowed him to focus on his recovery – physically, mentally and emotionally. Through his treatment team at Alaska Behavorial Health, he receives regular visits from a case manager, attends therapy with a clinician, takes a stress management class, and attends a substance abuse management class once a week.

Sitting in a recliner chair with a TV table beside him, Capurro, 61, tries not to get emotional. A lot has changed in his life, though, and he acknowledges that it can be overwhelming.

“Nobody has reached out to me since my family, and they are all dead,” he said. “I don’t get that much attention paid to me; it means a lot to me.” 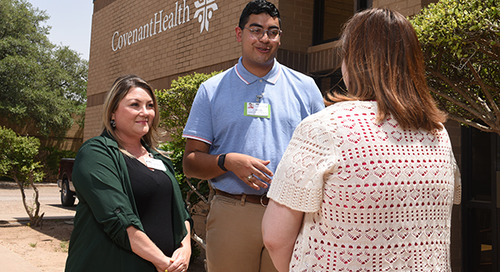 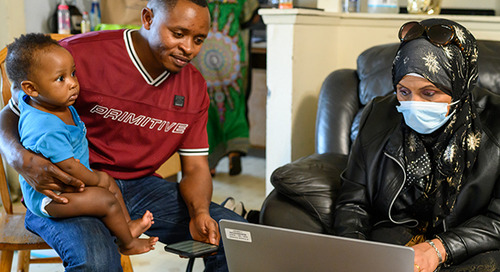 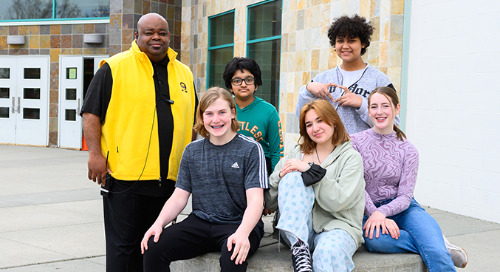 Providence Alaska has funded three therapists who are now integrated at Wendler, and Muldoon and Lake Otis elementary schools. They support students and staff in a holistic way. 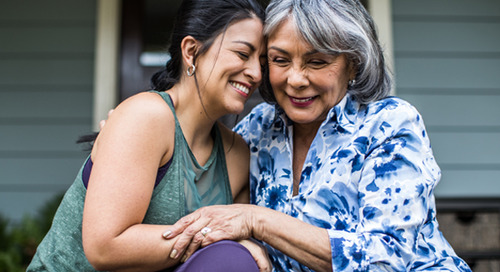 After lifesaving treatment at Providence and learning she qualified for financial assistance, Agnes is now able to care for her elderly parents. 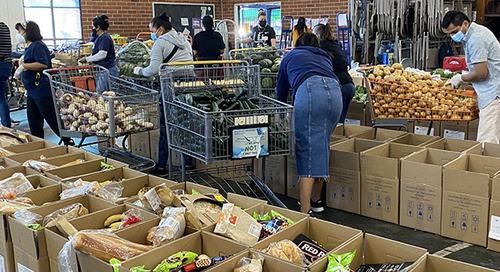 Without enough good food, we cannot be well.

Providence and partners respond to food insecurity at home and abroad. 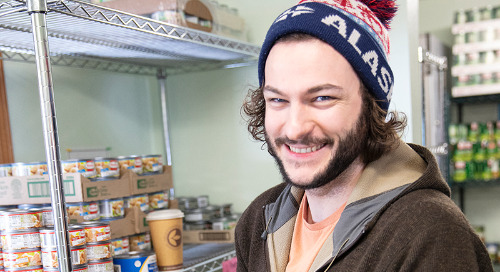 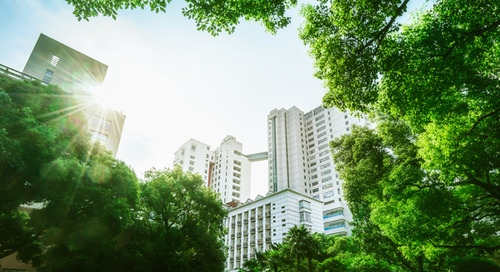 Why Providence made a bold carbon-negative pledge.

Providence is leading the movement for energy efficiency in health care by with our carbon-negative pledge. 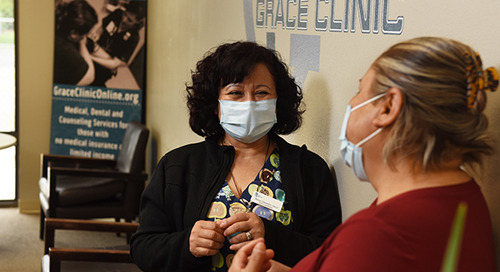 In Tri-Cities, Wash., Kadlec supports Grace Clinic, which provides free care to those in need. 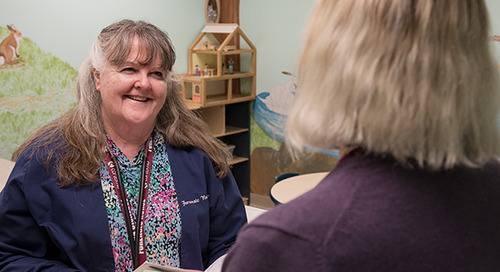 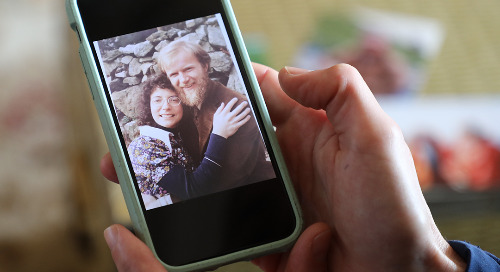 In 2021, Providence Alaska provided more than $50,000 to help the organization continue the hospice work it has been doing since 2011 and to expand its palliative care program. 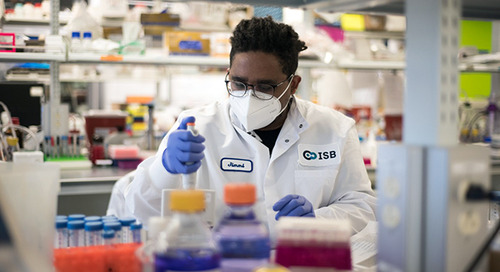 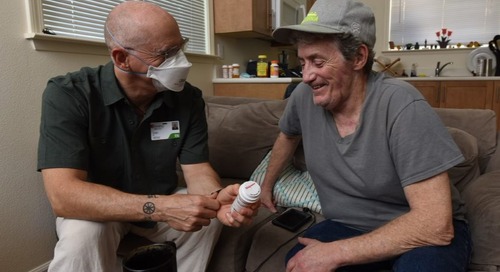 We work to preserve and expand affordable health care. 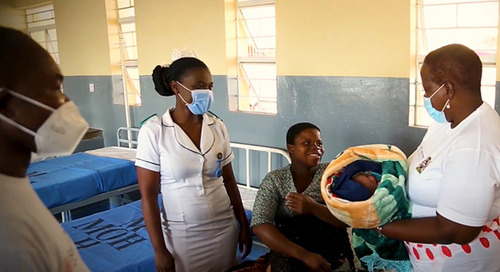 Building community capacity and resilience around the world

In solidarity with our local partners and communities, Providence responds to the root causes of disparities, improves infrastructure, and provides education in countries that are underserved. 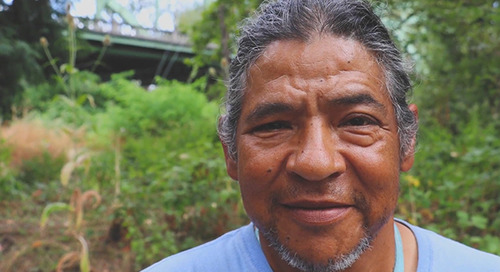 Working in solidarity with our local partners to reach unmet needs

Providence’s investments and collaborations with community partners allow us to use our scale and resources to provide direct local support in every community we serve. 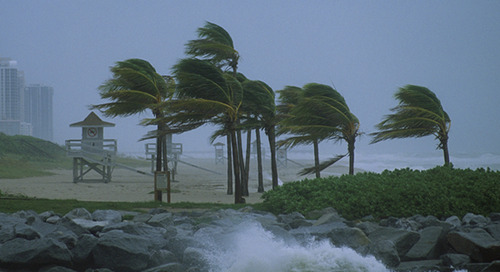 Caring for communities amid disaster response and recovery

In the wake of 2021 disasters, Providence provided vulnerable communities with immediate relief and also supplied tools and support to enable quicker recoveries. 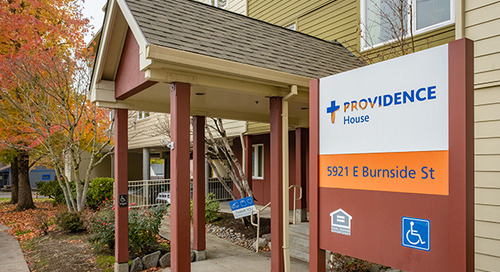 Providence believes that housing is essential to health and well-being.

The Providence family of organizations strives to create ongoing, strategic partnerships to serve those disproportionately affected by housing instability and homelessness. 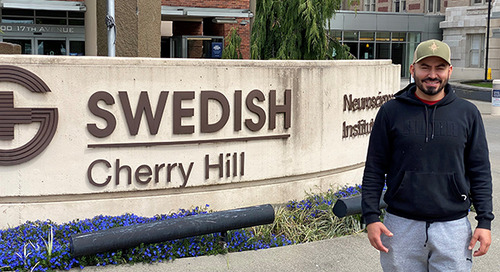 Construction worker can focus on recovery thanks to Swedish

After receiving financial assistance to cover needed surgery on his hand, Gerardo wants to find a way to give back once he goes back to work. 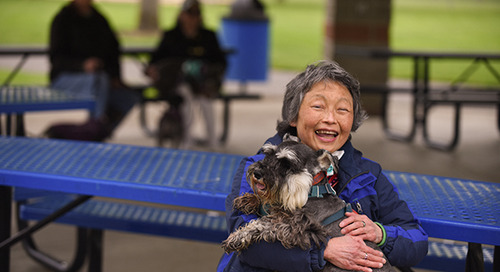 Artist can focus on her sculptures and not medical bills

When Laura got her financial assistance letter in the mail, she thanked God and Providence that her surgery costs were covered. 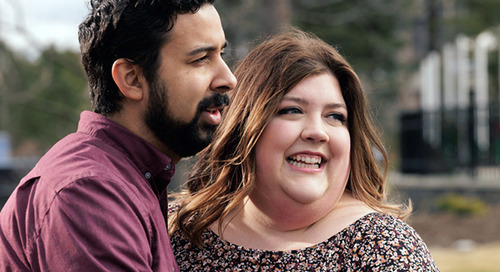 Ali found the help she needed at Providence – for surgeries on her badly broken ankle and through financial assistance for the costs not covered by her health insurance. 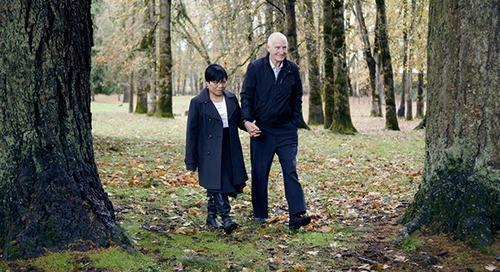 Paulina says the people of Providence are her angels after she was treated for cancer and financial assistance paid for costs not covered by her health insurance.