The program is featured in a new documentary, “Child of the Earth”

Torrance, CA—Providence St. Joseph Health’s TrinityKids Care, one of the largest providers of pediatric hospice in the country, is using virtual reality technology to provide joy to seriously ill children and their families. Through this virtual reality program, children whose illness confines them to their homes can fly to space, commune with whales or fight robots.

TrinityKids Care, the only dedicated pediatric hospice program in Los Angeles and Orange counties for infants, children and adolescents with life-limiting illnesses, recognized the healing potential of virtual reality. TrinityKids Care provides service to 160 children on any given day, but thousands of children are in need.

One Providence patient’s journey to space through the use of virtual reality is captured in a short documentary called “Child of the Earth.” A labor of love from filmmaker Claudio Fäh, the documentary shows how virtual reality technology liberated an Orange County boy from terminal illness.

Unable to leave his home because of advanced cystic fibrosis, Kevin Flores, 17, donned a VR headset and embarked on a mission to the International Space Station. The film is a warm and intimate portrait of a young man's journey beyond the confines of his body.

“This film was the result of generous donations from the LA film and tech communities, individual heroes from NASA, and a dedicated hospice team,” Komatsu said. “We are humbled that children such as Kevin can experience such wonderment through the caring of others.”

“Child of the Earth" will be shown at 11:30 a.m. on Saturday, March 30, at the American Documentary Film Festival at the Camelot Theatres in Palm Springs. Kevin's family will be among those attending.

For more information on how to donate, visit TrinityKids Care. 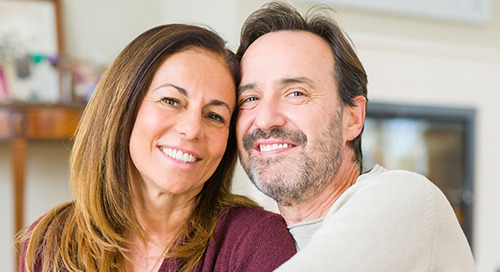 Mary and Jay Flaherty have donated $5 million to Saint John’s Health Center Foundation in support of the ex...