ORANGE, CALIF. – Jan. 18, 2018 – Bluegrass Vascular Technologies, a private medical technology company focused on innovating lifesaving devices and methods for vascular access, today announced the enrollment of its first patients in the SAVE-US ( Surfacer® System to Facilitate Access in VEnous Occlusions – United States) pivotal trial. The SAVE-US clinical trial is a pre-market investigational device exempt (IDE) study evaluating the safety and efficacy of the Surfacer® Inside-Out® Access Catheter System to facilitate reliable upper body central venous access suitable for patients with upper body venous occlusions or other conditions that preclude central venous access by conventional methods. Thirty patients will be enrolled at up to 10 centers in the United States with additional centers in Europe.  Initial patient enrollments were performed by Interventional Radiologists Chris Loh, MD, and Mahmood Razavi, MD, at St. Joseph Hospital in Orange, California and by Eric Peden, MD, a Vascular Surgeon at Houston Methodist Hospital in Houston, Texas.  “Central venous obstruction is a serious disease that often causes a domino effect of vascular destruction, leaving hemodialysis patients and their physicians with limited options,” said Dr. Razavi. “The Surfacer System has the potential to change the standard of care by offering a new strategy that allows reliable and repeated access to the right internal jugular vein, the optimal location for catheter placement.”  “Use of the Surfacer System helps preserve and restore venous territory for vascular access, supporting fistula and graft placement, and reduces catheter-related infections and costs,” stated Dr. Peden. “I am excited to participate in the SAVE-US pivotal trial and help bring this clinically beneficial technology to patients in my practice and across the U.S.”  Bluegrass Vascular secured CE Mark approval of the Surfacer System in 2016 and is currently enrolling patients in its post-market SAVE Registry in Europe. The Surfacer System is distributed in Europe by Merit Medical, a company dedicated to developing and commercializing lifesaving devices and methods that address shortcomings in vascular access procedures.  Gabriele Niederauer, Ph.D., CEO and President of Bluegrass Vascular, commented, “It is exciting to be on the forefront of hemodialysis care and provide life-saving solutions that improve patient outcomes while reducing costs. We look forward to treating patients in the SAVE-US pivotal trial and supporting our ongoing commercialization efforts in Europe.”  About the Surfacer® Inside-Out® Access Catheter System  The Surfacer System is designed to reliably, efficiently and repeatedly gain central venous access through a femoral vein approach and navigation through the venous system to an exit point in the right internal jugular vein, the optimal location for placing a central venous catheter. This proprietary Inside-Out approach allows for the placement and maturation of permanent arteriovenous access options that are associated with improved patient outcomes and reduced cost of care for both hospitals and hemodialysis providers.  About Bluegrass Vascular Technologies  Bluegrass Vascular Technologies is a medical technology company dedicated to developing and commercializing lifesaving devices and methods that address shortcomings in vascular access procedures. For more information, please visitwww.bluegrassvascular.com. 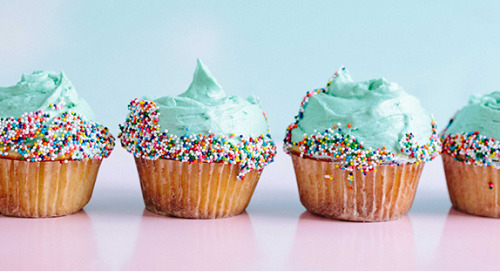 How to break your sugar addiction

Sugar can be found in all types of foods, so you might have a sugar addiction even if you don't have a swee...

While kidney stones have long been considered one of the most painful conditions, they are quickly also bec...