With more than 30 years’ experience in construction, Edward (Jerry) Chilvers, 60, of Laguna Beach, never expected that working with a chop saw — something he had done dozens, if not hundreds of times before — would be the cause of a life-threatening injury. But in February 2016, the unthinkable happened when his hand was pulled into a saw blade while at work, nearly severing it completely from his body.

“I don’t remember the details of the accident, but I do remember thinking that I couldn’t panic — I knew that if I didn’t try to stop the bleeding, I would become unconscious and die,” recalls Jerry.

In the frantic moments that followed, Jerry’s military and first aid training took over. He knew he needed help, but since he was working alone he applied pressure to his hand and ran as quickly as he could to the nearest street. Thankfully, Steve Gesiriech, a retired Edison electrician, spotted Jerry, pulled over to call 9-1-1 and used his belt to help Jerry make a tourniquet. Both men’s quick thinking helped keep Jerry alive as he was transported to Mission Hospital’s Trauma Center, where Mark Elzik, MD, orthopedic surgeon and hand specialist, completed the complex surgery to re-attach his hand.

“This is the type of an extreme case that you see only once every five or 10 years, and some surgeons will never see one in their lifetime,” said Dr. Elzik, who is one of only a handful of surgeons in the state whose specialized training prepared him for this type of replantation. For nearly nine hours, Dr. Elzik worked to align the bones, tendons, nerves and blood vessels in a manner that he describes it “like figuring out a puzzle.” As each finger has three tendons and two nerves, he went step by step to match them up and used pins, wires and sutures to put Jerry’s hand back together. Herbert C. Eidt, MD, orthopedic surgeon, assisted Dr. Elzik during the complicated surgery. A military trained physician who served several tours in Afghanistan, Dr. Eidt is experienced with trauma injuries and complex surgeries.

“An amputation of the hand is a devastating injury,” Dr. Elzik said. “My team and I were determined to do everything we could to avoid that outcome, as we know how an amputation can affect the patient’s ability to earn a living and carry out daily activities — not to mention the lasting psychological impact it can have.”

During his stay in the Intensive Care Unit (where Jerry celebrated his 60th birthday), Dr. Elzik successfully utilized leech therapy, in which leeches were attached to the tips of Jerry’s fingers and naturally secreted an anticoagulant that reduced blood clots and improved circulation. After several days, his care team was pleased with his progress, as blood flow was restored to his hand and fingers — an indication that the replantation would be successful. Four months after the surgery, Jerry had regained sensation to his fingers and could use them to pinch; his long-term goal is to continue his outpatient rehabilitation therapy and work toward gripping his hammer once again.

“I’m so incredibly grateful that my accident happened to occur near Mission Hospital, where I was cared for by an outstanding trauma team and surgeon,” said Jerry. “I believe that my injury was so severe that had I been taken anywhere else, the chances are slim that I would still have my hand today.”

As a Level II trauma facility, Mission Hospital is uniquely prepared to immediately address the most critical cases like Jerry’s, maintaining everything necessary to treat life-threatening injuries around-the-clock. These dedicated trauma specialists handle approximately 2,500 traumas each year, and are completely dedicated to trauma care — unlike many hospitals, in which trauma personnel are also charged with emergency room responsibilities. In addition, world-class physicians and surgeons like Dr. Elzik are on-site to treat the most critical specialized cases — many of which would have needed to be transferred to a different facility had Jerry ended up in an ER at a different hospital.

Coupled with the care he received at Mission Hospital, Jerry believes he is still alive today thanks to his history of first aid training, which prepared him to stay calm and jump into action during a dangerous situation. He was introduced to first aid at the age of 8 as part of the Laguna Beach Lifeguards Sea Cubs and Junior Lifeguards programs, and later enhanced his skills during the eight years he spent in the U.S. Army. After his time in the military, Jerry’s construction career began with building houses in Germany, and he later served as a site manager overseeing playground structures at military bases throughout Europe. When he returned to the U.S., he continued in the field and has been working in construction ever since.

While no one wants to imagine that something like this could happen to them, Jerry’s experience proves that a traumatic injury may occur when you least expect it — even if you are well-trained and skilled in your craft.

“I hope that others can learn from my story just how important it is to know first aid, which will help you be as prepared as you can for situations such as these,” he said. “It could truly be the difference between life and death for you or someone you encounter along the way.” 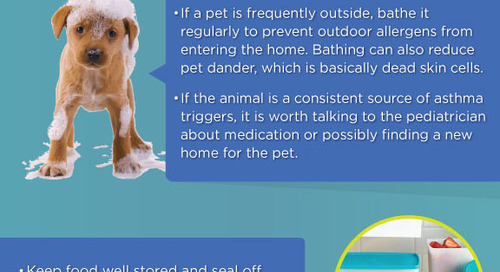 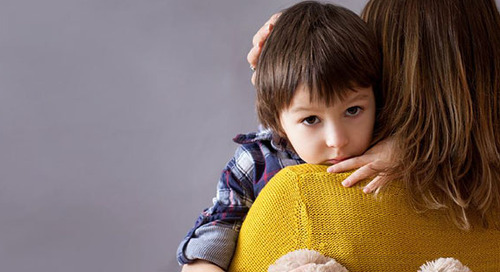