In February 2019, Bruce Au's lungs collapsed and his heart stopped; he was rushed to Providence Holy Family Hospital. He arrived with Influenza A, Influenza B and an infection, all of which escalated when combined with his Chronic Obstructive Pulmonary Disease (COPD). He spent six days in ICU and was released to the Spokane Veterans Home for inpatient rehabilitation for four and a half months. 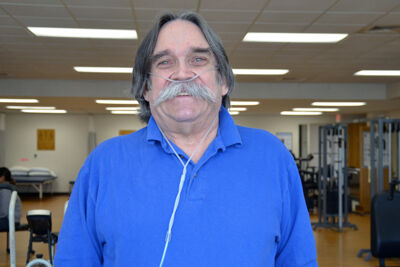 After his treatment was complete, he was not worried about his next steps towards recovering because he knew exactly where to go. Bruce was administered to Providence St. Luke's Rehabilitation Medical Center, a place where he had been before and knew he would get the best results possible.

Bruce's journey with St. Luke's began more than ten years ago. He was referred to St. Luke's by his pulmonologist for outpatient pulmonary rehabilitation to help manage his COPD, diagnosed five years before, while working full time. His lung issues stem from his time spent in the US Airforce in the 1970's, during which time he completed two combat tours in Vietnam. Years spent flying B-52 planes at high altitude greatly impacted his lungs later in life and affected his stamina.

He returned to St. Luke's for treatment about six years later for a "tune up" as his COPD progressed.

According to Bruce, every time he went to St. Luke's the "pulmonary rehab girls" were outstanding. He said, "I love the people and everything about the program." He is grateful for the compassionate, yet constructive, care they provide.

"They are outstanding in their work. They are real caring with their patients, they are goal oriented and look at the overall picture, trying to get everyone back to the best health they can." His rehab team was able to adapt his program to cater to his individual needs while still maintain a strict schedule to ensure he got the results he wanted.

Beyond his daily exercises, the informational classes Bruce attended helped him to better manage his COPD every day. Classes covered everything from nutrition, to lifestyle changes, to breathing exercises, to learning about the disease itself and understanding how it progresses. These helped supplement his therapy and ensure he was making choices that promoted the healthy lifestyle he wanted to lead.

After completing his third round of pulmonary rehab at St. Luke's, he can follow the same exercise program from the comfort of his own home on his treadmill and recumbent bike. Above all, Bruce is thankful that he can continually improve and maintain his stamina.

"The experience has helped me to broaden my physical endurance and better my capability to interact with my grandkids." Bruce values his ability to be self-reliant and he remains to have a positive outlook stating, "You can't fix the condition, but you can keep your independence."

As someone who has been through the program a few of times, Bruce advises others going through the program, to never be ashamed to ask for help when you need it. "Don't get discouraged; keep working at it, because the more you exercise, the easier it is to do things. You may still be limited and slower doing things, but you can still get things done."

Bruce has recently been approved for a lung transplant and looks forward to returning to St. Luke's for post-surgery rehabilitation saying, "I have had some really great luck at St. Luke's. They have been good to me and always treat me very well. I can't think of anything I would change." 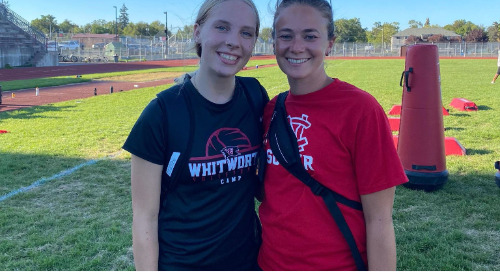 Providence athletic trainer helps teen athlete get back in the game

Learn more about the important role Providence athletic trainers have on a team. 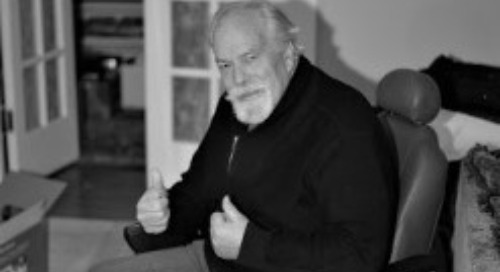 Taking a new spin on life after recovering from a stroke

With the help of St. Luke's, Harry is proud to be able to continue his 50 year career of throwing pottery p... 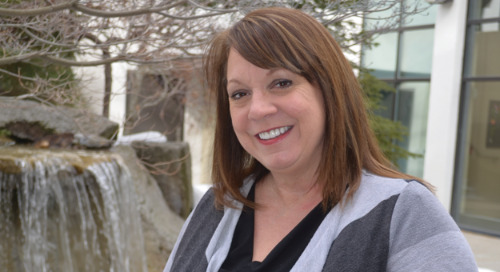 Providence athletic trainer helps teen athlete get back in the game

Learn more about the important role Providence athletic trainers have on a team.

Taking a new spin on life after recovering from a stroke

With the help of St. Luke's, Harry is proud to be able to continue his 50 year career of throwing pottery pieces after his stroke. 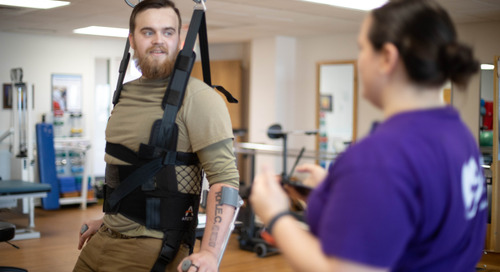 The ZeroG Gait and Balance System robotic body-weight support system is designed to help people like Cameron relearn to walk and gain balance. 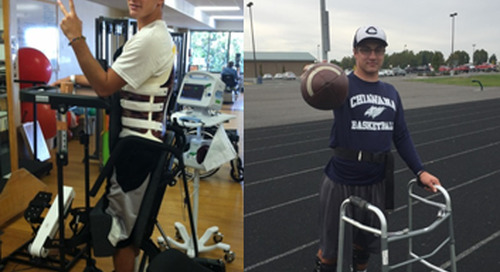 A continued passion for sports

St. Luke's helped Mac recover and continue his passion for sports after he became paralyzed on a hunting trip.