Lung cancer is the leading cause of cancer deaths in the United States. Often, symptoms of lung cancer aren’t apparent until the cancer has progressed, which can be difficult to treat and challenging for the individual to manage physically – and mentally. Lung cancer patients can truly benefit from a support group they can turn to for encouragement, compassion and care, but the support is seldom there. The problem? Stigma.

The stigma behind a lung cancer diagnosis

As a society, we tend to associate lung cancer solely with smoking. When we learn a relative, friend or acquaintance has lung cancer we immediately wonder, ‘Did they smoke?’ While it’s true tobacco products are responsible for the large majority of lung cancer cases, there are other reasons unrelated to tobacco that we must consider.

"Cigarette smoking contributes to a number of diseases and cancers; however, lung cancer is the one that most people associate exclusively with smoking,” says Dr. Merry. “Because of this association, patients often feel responsible for having given themselves lung cancer and feel shame about their diagnosis. This hinders their ability to get care because they are reticent to proceed, feel they don’t deserve care or do not involve their support network out of guilt."

5 causes of lung cancer that aren’t from smoking

Cigarettes are, without a doubt, an undisputed cause of lung cancer. However, it’s important to remember non-smokers may still be at risk.

How society can help remove the stigma around lung cancer

Many other types of cancer have a large network of support and are highly visible in the public. They have advocacy groups driving donations to advance research, improve treatment and find a cure. Breast cancer, for example, receives more than twice the amount of donations than lung cancer receives each year.

To help put an end to the stigma behind lung cancer, doctors, family and friends of those suffering need to advocate on their behalf. People who are directly impacted by this aggressive form of cancer need to educate those around them by sharing their stories and building a network of support.

"I think if more people with lung disease, lung cancer or family members would speak up, especially celebrities and politicians, then people would realize this is a disease that has a huge impact on so many people,” says Dr. Merry. “Taking away the stigma would help lung cancer patients understand that they deserve treatment and should involve their friends and families early on for the support they need to get them through treatment. It would also help societally to allow more funding and research into preventing and curing lung cancer."

If you’d like to join the efforts to destigmatize lung cancer and help spread awareness about this aggressive disease, you can learn, share and care with one of our cancer support groups. Together we can contribute to removing the stigma around lung cancer.

Quitting smoking is hard on your own, so don’t be afraid to seek support. It usually takes most people more than one attempt to stop smoking. Talking to your doctor about medications, tobacco replacement and counseling is a great first step. Check out our health library for tips on quitting smoking successfully and  avoiding a relapse or call 1-800-QUIT-NOW (or 1-866-Quit-4-Life.0) 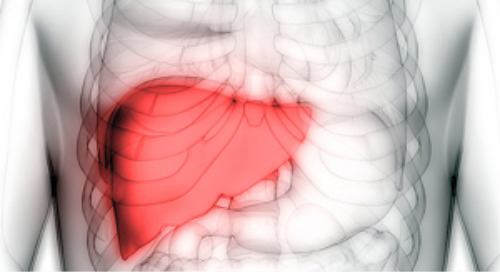