At Providence St. Joseph Health, we believe health is a human right — for everyone. This includes those who are the poorest and most vulnerable among us.

About one in five Americans depends on Medicaid for access to care. On the West Coast, the proportion is closer to one in four. Some 20 million people in Providence St. Joseph's seven-state region are covered by Medicaid.

People with Medicaid or the Children’s Health Insurance Program (CHIP) can be reduced to abstractions in discussions about funding these important programs. As well, there is a widespread lack of understanding about who is covered by Medicaid and why. Still, the more that Americans know about Medicaid, the more their positive opinion of the program increases.

That’s also what we found when we recently conducted a national survey. It shows that Americans overwhelmingly support Medicaid. And we are committed to increasing understanding of Medicaid while reducing myths and misunderstandings about the nation’s public health insurance program for people with lower incomes and disabilities. Here are some of the leading myths — and the associated facts — about Medicaid:

Fact: About 60 percent of those who rely on Medicaid are working, and even more live in working households. Most don’t have employer coverage or don’t make enough money to afford private insurance for themselves or their family.

Myth: You can’t qualify for Medicaid if you have Medicare.

Fact: 1 in 5 people with Medicare also depend on Medicaid for health care. (disabled and elderly). Medicaid helps pay for Medicare out-of-pocket costs for seniors with low incomes.

Myth: Medicaid only covers children when they have disabilities.

Fact: 39% of children in the U.S. depend on Medicaid for their health care. Millions of kids get health care because of Medicaid, including babies, foster kids, children with special health needs, and kids whose parents don’t have health insurance.

Myth: Behavioral health services are not covered by Medicaid.

Fact: Medicaid is a major provider of behavioral health services. Medicaid funded 25% of all mental health spending and 21% of all addiction spending in 2014. Adults with Medicaid are more likely than other adults to get this treatment.

Fact: Medicaid covers 4 in 10 nonelderly adults with opioid addiction. Medicaid is one of the largest providers of addiction treatment in the U.S., funding more than 20% of all treatment in 2014.

Fact: More than half of women with Medicaid coverage work outside the home. Most of the rest are caring for family members, going to school, looking for work, or are very sick.

Fact: Nearly 1 in 10 veterans rely on Medicaid. That’s about 875,000 people in the U.S. (under age 65). Almost 2 in 5 of them have Medicaid as their only source of coverage, and the rest combine Medicaid with other coverage.

If you'd like to explore more facts about Medicaid, visit our Medicaid Fast Facts page and the Kaiser Family Foundation.

The people who rely on Medicaid in all its many forms are our friends, relatives and neighbors; people with dreams, loves and ambitions — and with hopes for the future.

Here are snapshots of families and individuals who are among the “Many Faces of Medicaid”:

Sylvia, a fitness enthusiast and successful business leader, turned to Medicaid after her health insurance ran out following a stroke.

Many Faces of Medicaid-Sylvia's story from PSJH Digital on Vimeo.

Even though she has two working parents, without their Medi-Cal coverage in California Natasha’s family would not be able to afford the daily care and medical equipment she needs to stay alive.

Many Faces of Medicaid-Nathasha's story from PSJH Digital on Vimeo.

After losing her job and health care coverage, Sue, who lives in Montana, stopped downhill skiing, fearing she might suffer an expensive injury. Later she bought a plan she could barely afford on Montana’s marketplace. When she became eligible to enroll in Medicaid, she applied reluctantly, fearing she’d be treated as a second-class citizen. But she’s kept her providers and says she’s seen no difference in treatment. “A huge weight has been lifted off my shoulders,” she says. Now she’s skiing, snowshoeing and living an active life.

Stefanie, who lives in southern California, lost her health care coverage after her husband died of ALS. She had been his full-time caregiver and not only had to deal with her grief, but take care of her own health. With the help of caregivers at Providence Little Company of Mary in Torrance, she applied for and was enrolled in Medi-Cal, California’s Medicaid program. She says she uses her health coverage for preventive care. “Having experienced and witnessed such a catastrophic illness, I have a new perspective on the absolute need for access to qualified and professional medical care,” she says.

Harold had lost his health care coverage after losing his job as a building engineer. One day, as he was walking to the store, he collapsed and fell unconscious. Fortunately, an elderly couple found him on the sidewalk and summoned help. At the hospital, he learned he’d suffered a major stroke. With the help of his sister, he enrolled in Medicaid, and now lives at Providence ElderPlace in Portland, Ore. When asked what his life would be like without Medicaid, he says simply, “I would be dead.”

After she was diagnosed with severe attention deficit hyperactivity disorder, bipolar disorder and post-traumatic stress, Samantha, who lives in Alaska, turned to drugs and alcohol. She went untreated because she was uninsured and says now it was a dark time in her life. Eventually, she found her bearings again, got married and got health insurance coverage through her husband. But when that marriage ended two years ago, she lost coverage again, so she stopped getting her medication and meeting with a therapist. Then, with the help of a financial counselor at Providence Alaska Medical Center, she enrolled in Medicaid. Now her life is back on track. “I’d be self-medicating and living on the streets today if it weren’t for Medicaid,” she says.

Laura, who lives in Walla Walla, Wash., contracted mesothelioma after washing her then-husband’s clothes daily for seven years. He had been in a workplace where he was exposed to asbestos, and, over time the fibers passed from his clothes into Laura’s lungs. She had coverage through her employment at a fast-food restaurant, but it wouldn’t cover the costs of her surgery and 12 months of chemotherapy. She applied for Medicaid, underwent the treatments, and recovered enough to return to work. But in 2017, the cancer returned, and she faced the same dilemma. A financial counselor at Providence St. Mary Medical Center worked with her to apply for and receive Medicaid for a second time. “Without Medicaid, I would have died both times I had cancer,” she says. “They’ve been very good to me, and they really help working people like me who can’t afford their medical bills.”

Whether they’ve suffered catastrophic illness, personal loss or financial setbacks, many people receive care through the Providence St. Joseph Health system because they have health coverage through Medicaid. For them, such coverage is a lifeline, offering hope and a pathway to a better life.

They are part of our human family, and each one of them deserves access to care. We speak up about it and are honored to help serve those who depend on Medicaid.

Learn more about our community programs that address the crucial public health issues of our time.

Pain in the nation: Policy ideas to save lives 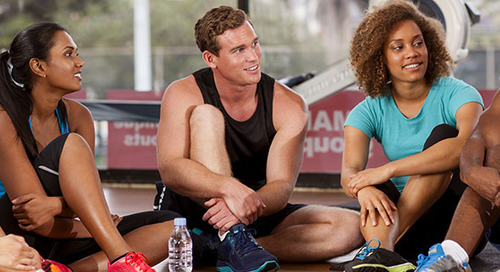 It's time to heed the call to exercise more

We all know that exercise is good for us, but most of us find reasons not to do it. We should reconsider. 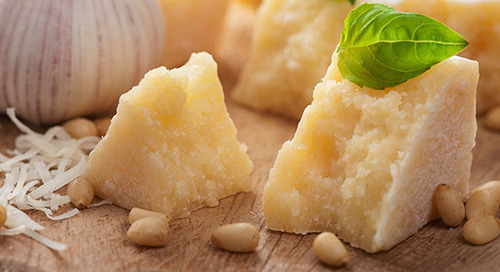 Cheese lovers take heart: It’s not all bad for you, if you practice portion control

Enjoy cheese in small portions. Cheese is high in fat, salt, and calories, however, the healthier natural c...