People who avoid getting a colonoscopy may have misconceptions about what it entails.

The procedure is safe, quick and not painful.

Colonoscopy is the gold standard for colon cancer screening and the only testing modality that can prevent colon cancer.

If you’ve been putting off your colonoscopy for one reason or another, those concerns are preventing you from getting a significant health screening that can potentially have life-changing implications.

“Statistically, there are still a significant number of people who do not pursue colonoscopy,” says Anthony Razzak, MD, a gastroenterologist at Providence Health & Services, Oregon, and The Oregon Clinic—Gastroenterology East at Gateway. “Firsthand, I can tell you that most concerns are related to what colonoscopy is and what it entails.” Dr. Razzak clears up the misconceptions behind many of the more common excuses for not getting a colonoscopy, which he calls the “gold standard” for colon cancer screening.

Concern: The procedure is too difficult and invasive.

“One of the most common things I hear from patients after a colonoscopy is how easy it was,” Dr. Razzak says. “By its nature, a colonoscopy is invasive, in the sense that we introduce a flexible camera (i.e., colonoscope) through the large intestine to detect and remove polyps that are found.  It is a relatively quick intervention, and patients are given sedation during the procedure to remain comfortable.”

Concern: A colonoscopy is painful.

“Patients are given a sedative that produces a sleep-like state and essentially sleep through the procedure,” he says. “With that effect, there is elimination of pain, anxiety, and any memory of the procedure.  In addition, some patients do choose to undergo the procedure without sedation, which can be equally comfortable, especially when newer colonoscopic techniques are employed that make advancing the colonoscope through the colon easier.”

“There are a number of security and safety measures we employ during testing,” Dr. Razzak says. “We use a series of monitors—such as blood pressure cuffs and oxygen monitors—throughout the procedure to ensure close monitoring while patients are under sedation. In general, colonoscopy is extremely safe. In large population studies, the risk of an adverse event is much less than 1%.  This can obviously vary depending on the patient population, as someone who is much older or much sicker may carry a higher risk. In these cases, it is important to have a discussion with your primary care provider and gastroenterologist to ensure that the risk and benefit of the procedure has been evaluated.”

Concern: It’s too hard to find the time for a colonoscopy.

“Colonoscopies are typically done in an outpatient setting,” he says. “It’s a rather quick test that takes anywhere from 20 to 30 minutes on average,” Dr. Razzak says. “And unlike other colorectal cancer screening tools, there can be long intervals between colonoscopy-based testing.  If you have a normal test and are without familial or hereditary risk factors, you may not need another colonoscopy for 10 years.”

Concern: Colonoscopy prep is too much of a hassle.

“Historically, prepping for a colonoscopy involved consuming large-volume laxatives,” Dr. Razzak says. “More recently, we’ve discovered that if we split the dose into two, people have a more effective preparation, meaning we are able to see more clearly during the test. This reduces the risk of inadequately visualizing parts of the colon and, most importantly, reduces the chance of needing a repeat colonoscopy due to inadequate preparation.”

“In one of the newer versions of prep, patients take a smaller volume of the laxative followed by a few glasses of water, so it is more palatable. These changes have resulted in improvements in patient tolerance — less nausea and bloating.”

Concern: It’s too embarrassing to talk about bowel movements.

“It would be great for people to understand that, from a gastroenterologist’s perspective, this information is a tool we use to determine what type of testing is appropriate,” he says. “Digestion is our area of expertise, so we can understand if a change in bowel activity has any clinical significance. I encourage people to not hold back and be open and honest with their physician.”

“Unfortunately, colon cancer is a very common disease — it’s the second most common cause of cancer and the second most common cause of cancer-related death that affects both men and women in the United States,” he says. “The most effective way to be proactive is to consider screening. The importance of colonoscopy is rooted in its ability to detect and prevent this problem. In the big picture, colon cancer incidence and mortality have declined with the introduction of colonoscopy, so we’ve made great strides, and in general, colonoscopy as a screening and preventative modality has been a huge public health success story.”

Concern: I’m too young to have colon cancer.

“We are seeing colon cancer, and even colon polyps, the precursor to colon cancer, at younger ages in patients,” Dr. Razzak says. “It’s a phenomenon that has been picked up through epidemiological data, much of it sponsored by the National Cancer Institute.  What is alarming is that this is a population of people that falls outside of our current screening guidelines, which typically begin at age 50. Younger individuals have to rely on identification of symptoms, inner awareness and willingness to seek medical evaluation if worrisome symptoms arise. In this last year, the American Cancer Society made a recommendation to consider reducing the colon cancer screening age for the population as a whole to age 45. While this will take data to support its implementation, I would imagine the supporting data is coming.”

Dr. Razzak says anyone age 50 or older (or age 45 for African-Americans) should strongly consider getting a colonoscopy.  For anyone with a family history of the disease — where a first-degree relative had colon cancer or large colon polyps — an early-onset colonoscopy is recommended, either at age 40 or 10 years before the age of the youngest family member who was diagnosed with the disease.

Young people without a family history of colon cancer should keep an eye out for changes to their health, such as bleeding during bowel movements, altered bowel habits, unintentional weight loss, and blood work that suggests anemia caused by chronic blood loss. These signs should be discussed with their primary care doctor, who may refer patients to a gastroenterologist.

“In general, survival rates are always greatest for those with non-advanced disease,” Dr. Razzak says. “So, for most people, early identification is going to allow for more treatment options and the possibility of cure. It is at later stages where treatment options may be limited.”

Find a Providence St. Joseph Health provider near you:

Subscribe to To Your Health and have our best health insights delivered straight to your inbox: 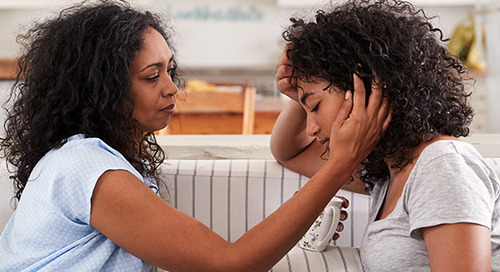 How to apologize to your teen

A sincere parental apology can be an opportunity for role modeling as well as repairing a relationship. Her... 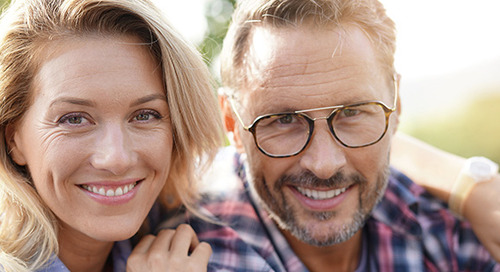