ePOLST forms are available via Epic in California, Montana, Oregon and Washington, offering caregivers “a smart way” to use a heretofore static form prone to potential errors.

ePOLST assists health care professionals more accurately document and access the wishes of people in the care of Providence and its family of organizations.

Unlike paper Physician Orders for Life-Sustaining Treatment (POLST) forms, ePOLST forms can alert clinicians in real time to discrepancies among what patients want and their inpatient code status. In the first three months of use, the best practice alert triggered 752 times in 544 inpatient encounters by 261 providers.

In response to the alert, there were 153 times (20.3 percent) when the ordering provider removed the potential full code status order and instead created a do not resuscitate/do not intubate order.

“It’s a big deal if someone says they don’t want CPR performed, and the provider writes a full code order,” said Matthew Gonzales, M.D., an associate medical director at the Providence Institute for Human Caringwho helped implement the system. “As clinicians, we should be consistent with what a person’s wishes are when admitted to the hospital. The results here made me very happy.”

Maulin Shah, M.D., chief informatics officer for Providence Health & Services, is the architect of ePOLST. He likened the system to TurboTax – it won’t matter where you are in Providence, if you’re in a state that has a POLST registry, ePOLST forms automatically adapt to your market.

Currently, 47 states have or are developing POLST registries, which includes all the states in which Providence and its family of organizations operate, according to National POLST Paradigm.

Rather than an emergency medical technician pulling a POLST form off someone’s refrigerator and later having it scanned into Epic – often the way POLST forms find their way into a patient’s electronic health record – ePOLST forms offer a digitized solution.

“Prior to our project, you filled out a paper POLST and if you were lucky it got submitted into Epic,” Dr. Shah said. “Now we have a simple e-format that’s easily accessible in a living document that helps with clinical decision support. This doesn’t’ allow for bad workflow. Our story is you have to put it into Epic first and that’s the original source of truth.

“In this way, ePOLST also sort of ‘scripts’ the goals-of-care conversation for the clinician,” Dr. Shah added. “It drives the conversation a bit and helps deal with any inconsistencies between what the patient wants and what’s on file. It’s a smart way to interface with what was once a ‘dumb’ form.”

Jennifer Lui, a manager at Utilization Review Quality Management, noted that Oregon had an early version of ePOLST for a few years, but it needed improvement. The current iteration can authenticate Epic users’ credentials and archive patients’ previous POLST forms.

“Having the old form can help in having future discussions,” Lui said. “It gives people some reference points.

“These upgrades have drastically enhanced the usability of ePOLST,” she added, “and offer more tools to help provide whole person care.”

For more information, please contact the Institute for Human Caring, 310-543-3497 or mywishes@providence.org. 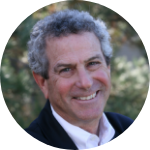 Ira Byock, M.D., FAAHPM, is a palliative care physician, author, and advocate for improving care for people of all ages and all stages of illness. He is founder and chief medical officer of the Institute for Human Caring at Providence St. Joseph Health. His books include “Dying Well,” “The Four Things That Matter Most,” and “The Best Care Possible.” 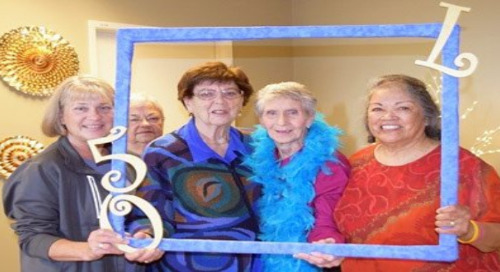 We have been so very fortunate to have Loretta Horstman in our midst for 50 wonderful years.