2018 saw a record number of cases of acute flaccid myelitis, or AFM.

The disease mainly affects children and can cause different forms of paralysis.

Getting the polio vaccine can be a good preventive measure.

In 2018, an outbreak of a serious disease called acute flaccid myelitis (AFM) affected young children and made nationwide headlines. In fact, that year saw the highest number of confirmed cases of the disease ever reported. According to the Centers for Disease Control and Prevention, there were 201 cases in 40 states, with another 163 still under investigation at the start of 2019. It wasn’t just the sheer number of cases that made news, but also the severe toll it took on children.

“The disease affects the nervous system and causes paralysis, such as facial droopiness or weakness, difficulty moving the eyes and sometimes difficulty with swallowing and slurred speech,” says Daniel S. Ganjian, MD, a pediatrician affiliated with Providence Saint John's Health Center in Santa Monica, CA. “Ninety percent of the people who have been affected are under the age of 18, and the average age is about 4 years old.”

There is no one particular trigger for the recent outbreak of AFM. The disease can be caused by environmental factors as well as several different types of viruses. “We do know that more than 90% of the people who get AFM started off with common cold symptoms such as a fever, cough and runny nose, so that’s why we think there is some sort of viral relationship,” Dr. Ganjian says. “Does that mean that the virus is causing these issues? Or, is the virus causing inflammation in the body, and the body, in trying to attack the virus, ends up attacking the spine, which is often affected by AFM? We don’t know yet, but research is being done, and we are hoping to find answers soon.”

Among the viruses that could be causing AFM are enterovirus D68, enterovirus A71, and even the polio virus. That last virus is key: Because polio can cause AFM, it is vital to stay current on the vaccine. Children should get the polio vaccine as early as two months old and get boosters every two months for two more doses, for three total shots by the time they are one year of age. They should get another booster after turning four years old.

“Polio, especially, is much more contagious than the other viruses,” Dr. Ganjian says. “Luckily, we don’t see so much of it now, but we want to make sure that children are up to date on the polio vaccine so AFM won’t put them at risk of paralysis.”

Polio may seem like an outdated disease from generations past, but it is still a vital and necessary vaccine, Dr. Ganjian says. “We are seeing a lot of outbreaks of vaccine-preventable diseases that we haven’t seen before — measles, hepatitis A and pertussis. Don’t wait for there to be an outbreak of polio when it will be too late. You want to get the vaccine early because it can take weeks or months to build up to the proper level where you will be much more protected from the virus.”

Dr. Ganjian recommends other steps that can also help prevent AFM. Because West Nile virus can also be a cause of the disease, people should wear mosquito and insect repellent, stay indoors during dusk and dawn whenever possible, and remove stagnant water that may be collecting outside their house, as that can be a breeding ground for mosquitos.

Another powerful preventive measure is practicing good hygiene, especially with proper handwashing techniques that use soap and water. That’s because most cases of AFM happen between August and October, which is also when most viruses are going around. People should avoid contact with others who are sick, and clean and disinfect toys and other items kids handle.

“I tell parents to teach their child to wash their hands and face well before eating and when they come home from school,” Dr. Ganjian says. “After school, children should also change into another set of clothes in case there is a virus on them. Good hygiene goes a long way.”

Parents shouldn’t panic if their child exhibits cold symptoms because it doesn’t automatically mean he or she has AFM. Most kids who get these viruses can clear them on their own. Parents should contact their pediatrician, however, if they see problems with their child’s muscles and nerves, such as difficulty smiling, facial droopiness, or arm or leg weakness. In rare cases, children may not be able to urinate, can feel a tingling sensation in the limbs or have difficulty breathing.

“I don’t want parents to be too anxious about AFM, because it is still rather rare,” Dr. Ganjian says. “Instead, pay attention to helping the immune system by making sure your child has good nutrition, is sleeping well and is happy,” he says. “Those three things are major boosts for the immune system.”

Looking for a pediatrician? Find one near you in our physician directory , or visit:

Subscribe to To Your Health for more of our best articles on teens and tweens, and pediatrics:

Looking for provider-approved answers to common pregnancy and parenting questions? Download the Circle by Providence app for resources, checklists and health-tracking tools to help you raise healthy children. 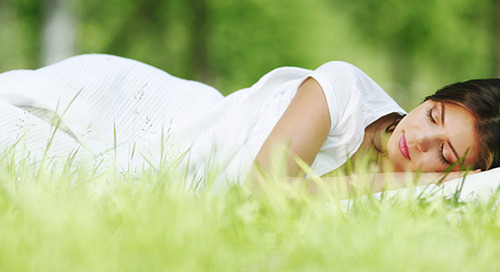 Women are more likely to develop sleep disorders, but recent reports show that COVID-19 may be worsening th... 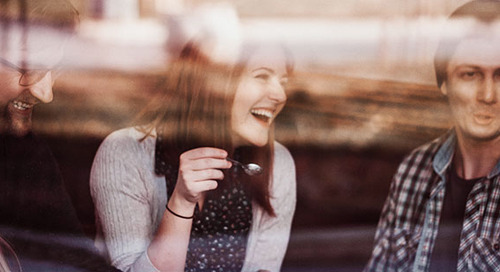 Pellet hormone therapy: Is it right for you?

Patients may find improvement in symptoms compared to other forms of hormone therapy.