Acupressure is a technique used in traditional Chinese medicine. It’s similar to acupuncture, but without the needles. It involves the application of pressure with the fingers, thumbs, or a device to specific points on the body.

Researchers at the University of Michigan found that women who had been treated for breast cancer reported improvements in pain, depression, anxiety, and sleep when using acupressure.

Full details of the research were published this month in JNCI Cancer Spectrum.

Of 424 women with fatigue in the original study, half had at least one other symptom and some had several more.

“It was actually unusual for a woman to have just fatigue. These long-term side effects are a big problem. For some women, they are significant barriers in their life,” study author Suzanna M. Zick, ND, MPH, said in a press release. Zick is research associate professor of family medicine at the University of Michigan and co-director of its integrative medicine program.

The new study looked at the 288 patients who reported multiple symptoms.

Participants were women who had been treated for stage 0 to stage 3 breast cancer with treatment ending at least 12 months prior. All were dealing with persistent fatigue.

The women received instructions on how to locate and stimulate acupressure points so they could perform it at home once a day.

After six weeks of self-administered acupressure, researchers found that relaxing acupressure was much better than stimulating acupressure at improving sleep and symptoms of depression.

Both types of acupressure were found to be more effective than standard care when it came to pain and anxiety.

The researchers are continuing with their work and say suitably controlled randomized trials are warranted.

Dr. Michele Carpenter the medical director of the Breast Program at St. Joseph Hospital’s Center for Cancer Prevention and Treatment in Orange, California, told Healthline she thought that the research was well done.

“I think the study using randomization was good,” she said. “The assignment using different treatment forms and the comparison was enlightening. In light of these findings, I may have to learn how this is performed and put it into practice.”

Acupressure as part of integrative therapy

“The large number of participants is nice to see when evaluating new therapies, especially for breast cancer patients. Overall, it’s a good starting point,” she said.

But it hasn’t fully convinced her to have patients receive acupressure with those end points in mind.

“I like to have specific data when asking patients to adjust the protocol for self-care. I just want to be able to say there’s good data behind it,” she said.

Potter said that breast cancer patients tend to be very careful with what they eat, the environment they’re in, and even down to the skin care products they use.

And some breast cancer patients have asked her about acupressure.

“Acupressure is not the first thing I hear about or even the third when talking about integrative medicine. But I’m more interested in it than acupuncture for my patients,” she said.

Chemotherapies, radiation treatments, and mastectomy can change the skin.

“With acupuncture, breaks in the skin could be a problem,” said Potter. “After radiation, the skin no longer has the same ability to perform as a barrier to infection. Often, mastectomy skin is very thin. Some of my patients have implants of various kinds. It’s unlikely, but not out of the realm of possibility that an acupuncture needle could travel half a centimeter and puncture an implant.”

Alternatively, acupressure is a gentle, natural therapy that won’t break the skin.

Although pain related to cancer treatment was only one part of the study, Potter is particularly interested in seeing how that research develops in light of the opioid crisis.

“My practice is taking steps every day to prevent opioid overuse in patients. I could see acupressure as part of recovery protocol,” Potter said. “There are more ways to treat pain than just medication. My patients love the thought of a noninvasive pain modulator.”

Getting started with acupressure

Any therapy has a certain level of risk, even acupressure, cautions Potter.

Among them is risk of bruising or infection if your hands aren’t clean and you rub skin that has been radiated. Adding pressure to existing pain can also cause discomfort.

“Acupressure carefully performed after good instruction won’t do those things, but nothing is risk free,” she said.

Breast cancer patients interested in learning acupressure should discuss it with their doctor, advised Potter.

“That’s probably the best place to start. It’s reasonable to ask them to vet a practitioner,” she said. 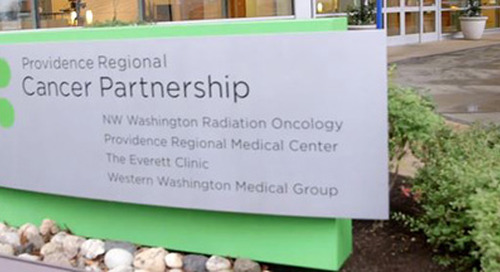 Care for every part of you 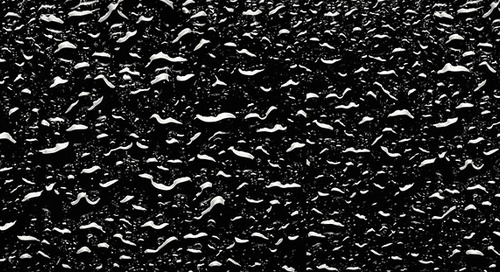 Black water is the latest in a long line of waters that allegedly bring health benefits.