There are 1.7 million traumatic brain injuries and 795,000 strokes reported annually in the United States. Whether it’s a traumatic brain injury, the onset of a stroke, a tumor diagnosis or a back or neck disorder, it’s important to receive world-class neurological care.

Many St. Joseph Health hospitals offer the most advanced neurosurgery and rehabilitation services led by highly-skilled and compassionate physicians and caregivers, and our patients are sharing their inspiring stories:

For Joni Feldman, it started with the worst headache of her life. For Amber Matranga, her first symptom was falling down unconscious at work. The 75-year-old grandmother from Tustin and the 45-year-old mom from Placentia were both victims of ruptured brain aneurysms — and despite very poor odds — both would have their lives and well-being restored by a team of physicians and staff that specialize in redefining what’s possible.

Each initially went to the closest hospital, but were quickly transferred — just weeks apart — to St. Jude Medical Center, home to one of California’s most respected neurosciences institutes and stroke centers. Once inside the hospital’s Neurointerventional Suite, the minimally-invasive repair or “coiling” of the ruptured blood vessels was complicated by vasospasm which dangerously narrowed and weakened the arteries of both women — a complication successfully overcome during the technically-challenging procedures.

“The survival rate for a high-grade ruptured aneurysm is very low and the odds of making a full recovery are even lower,” explains Hamed Farid, MD, MBA, medical director, St. Jude Medical Center Neurointerventional Radiology. “To see patients like Joni and Amber step back into their lives, with no permanent deficits or limitations, is a powerful reminder of why optimal outcomes matter and why, for us, the only acceptable standard is excellence.”

The St. Jude Medical Center CCU was recently awarded the Beacon Award for Excellence. The St. Jude Neurosciences Institute has earned several honors, including being named an Advanced Comprehensive Stroke Center by The Joint Commission and American Heart Association/American Stroke Association. St. Jude Medical Center is proud to be among only 100 hospitals to have earned this designation in the nation, and only 10 in the state.

Queen of the Valley Medical Center

Brenda Lothringer, 46, has an active job. She preps, cooks, transports and serves meals at multiple high schools in her district. She takes pride in preparing quality food. Last year, however, the job was getting harder for the resident of Clearlake Oaks, located 70 miles north of Napa. Since July, Lothringer felt sharp pain in her shoulder and shoulder blades, but several doctors told her it was just a pulled muscle. Her symptoms worsened. By October, Lothringer was having trouble walking, her right leg was going numb, and she could barely use her fingers.

In November 2016, in desperation she went to a local hospital. There, an emergency department (ED) physician finally recognized the worst: a severe herniated disk was compressing her spinal cord.

Things moved quickly. The physician made a call to Scott Berta, MD, a neurosurgeon with the University of California, San Francisco (UCSF) in Napa, who was on call that evening, and explained the critical situation. Dr. Berta is the medical director of neurosurgery at the Peggy Herman Neuroscience Center at Queen of the Valley.

Lothringer found herself on a medical air transport to Queen of the Valley Medical Center, where she met Dr. Berta and a crisis team he had assembled. Lothringer was taken directly from the ED to the operating room, where Dr. Berta repaired the severe disk herniation that was compressing her spinal cord to three millimeters. With the pressure off Lothringer’s spinal cord, it returned to its normal size, providing instant relief.

After 16 years working as a nurse on the stroke unit at Mission Hospital, Bernadette Espiritu, 45, never imagined she’d become a patient herself. But in February of 2016, while eating breakfast during her morning break at the hospital, Bernadette’s arm went numb.

While Bernadette was well trained on the signs of a stroke and what to look for, until then she never knew what it felt like. CAT and CT scans confirmed she had a small blood clot in her carotid artery and had in fact suffered a stroke. After spending a night in the hospital and suffering a second stroke the next day, doctors decided to perform surgery to remove plaque build-up and restore blood flow to her artery.

“Thanks to the quick thinking of my co-workers, the quality care and rehabilitation therapy I received at Mission Hospital, I’m nearly 100 percent recovered and am so happy to be back to work caring for patients going through similar situations as me,” says Bernadette.

Fortunately for Bernadette and others in south Orange County, the Mission Neuroscience Institute (MNI) offers world-class care and expertise close to home, with the most advanced neurosurgery and rehabilitation services available. The institute recently applied for Comprehensive Stroke Center designation, which is the highest level that can be achieved by a stroke program.

Like many of the other St. Joseph Health stroke centers, Covenant Health’s stroke center offers: emergency services, available 24 hours a day, 7 days a week; the latest technology, testing and interventions used to rapidly diagnose and treat a stroke; inpatient rehabilitation; and an accredited stroke recovery program. Learn more about our Stroke program. 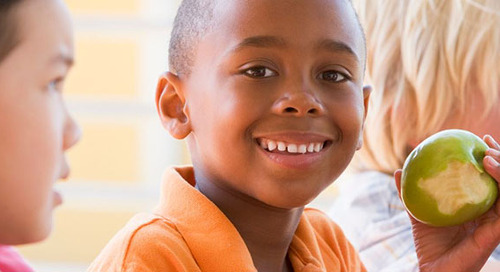 A Few Numbers Worth Knowing to Improve Your Kids' Health

Numbers to know for kids' health 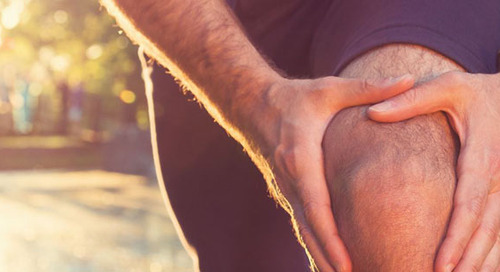 All about Makoplasty, a new method for knee and hip surgery