A Mom's Words of Wisdom for Parents of Twins

"We just felt blessed, very blessed," Robles says about learning she was carrying twins during her eighth week of pregnancy. "And we were so excited when we found out it was a boy and a girl. The challenge for us was we didn't have kids, so we didn't know what we didn't know."

But Robles and her husband are quick learners. Here's some of the twin parenting wisdom she's gleaned so far, with tips handy for celebrity and non-celebrity parents alike:

Get all the help you can

"It's a very humbling journey, so be OK with asking for help from the very beginning," Robles says. When she came home with her babies from St. Joseph Hospital, Orange, she had people ready and willing to pitch in.

"I had friends reach out and say, 'We're going to help you,' and they came from Colombia to be here for four weeks," she says. "Initially I thought I would be fine but I was so grateful that they came to help us. We were physically and emotionally drained; I had not realized the impact the pregnancy and delivery would have on us. They took care of me and my husband so we could take care of the babies. Our friends did the laundry, shopping, some diaper changes and they cooked for us, too; they also managed the foot traffic of visitors in our house."

Figure out a system

Every family has to create routines that suit their lifestyle, and that goes double when twins are involved. For instance, the babies are waking up about every three hours, and if they wake up at the same time, both Robles and Zavala get up to attend to them. That means no one is getting a lot of sleep right now. So they hired a night nurse to come on weekends to relieve Robles and Zavala and give them the opportunity for some much-needed rest--it's especially valuable because both parents work full time.

While the sleep schedule can be unpredictable, Robles and Zavala have established some routines to create consistency. "Now that they're a little older, we've added evening walks with them to relax and get them comfortable," Robles says. "We walk, bathe and feed them and we're trying to be very good about reading to them every night. They're in bed by 8:30 p.m.; we keep the house quiet with dim lighting so they know it's bedtime. Once they are in bed we try to stay up for no more than two hours--we pick up around the house and check in with each other, and we're in bed by 10 or 10:30 p.m. People may think it's monotonous to do the same thing every day, but the flow is working for them and us. We are consistent in the rituals every day so they feel comfortable and safe."

Discover what works for you

Life with twin infants can be hectic and anything that makes it easier is invaluable. For Robles and Zavala, it was important to not only identify the right nanny, but to find one who spoke Spanish because they want to raise the babies to be bilingual. Other choices may not seem as momentous, but they can still be important in keeping babies and parents happy.

"We love the wipes warmers and we use coconut oil instead of cream for their skin," Robles says. "We also use Dr. Brown's baby bottles because there is a filter inside the bottles that helps with gas. And for sleeping, we have sleep sacks. We first used sleep clothes with buttons and it was annoying to have to do the buttons in the middle of the night. The sleep sacks just zip up and down easily and that's been very helpful."

And Robles's' secret weapon? "Another savior has been Amazon Prime. One day when the babies were a month old and my husband and I were sick with colds, we had no cold remedies in the house. So we had orange juice, medicine and Kleenex delivered in two hours," she says.

"I've done more planning than I've ever done in my life," says Robles, but it's necessary to keep things running smoothly. "We have a paper log, like a spreadsheet, that sits in the middle of our dining room table. The nanny writes down how much the babies eat and when they have wet and dirty diapers. So if the babies are crying we can look at the log and say, "They must be hungry.'"

Robles has also found it helps to stay on top of the twins' wardrobes. They've been given a lot of clothing as gifts, but with the babies growing quickly, what fit a few weeks ago doesn't fit now. "Every six weeks we go through their closet to clean out and donate the clothes," she says.

One of the areas where Robles has learned it's important to stay organized is food preparation. "In the beginning, the babies wouldn't go to bed until 10 or 11 p.m. and then we would go to bed without eating," Robles says. "So there's been a lot of planning around our nourishment." Solutions included asking family to make meals that could be frozen and a book of menus for restaurants that deliver.

Be prepared for some attention

Twins are still not common--in 2015, out of almost 4 million births in the United States, only 133,155, or roughly 3 percent, were twins, according to the Centers for Disease Control and Prevention. So they tend to get noticed.

"People get excited when they see the large stroller, and they smile," Robles says. "It's still a precious moment when people see twins and we share their excitement." On the whole, strangers have been respectful, not getting in the babies' space or asking prying questions, Robles says. The question she's asked most often is "Are they identical?"--an impossibility for boy and girl twins, for those not up on their high school biology.

Remember that twins are also individuals ...

"I have alone time with each one of them," Robles says. "I'll take Giuliana to a separate room and sing to her and connect with her, for instance, while Rafael is napping."

"They can still be pretty independent with play and space, but they also hold hands while lying down," Robles says. "The nice part was we put them in their own cribs initially, but they were looking for each other, so now we move them into each other's cribs." 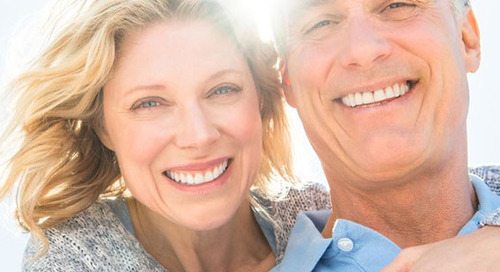 Advance Care Directives - Good for Everyone

The importance of advance care directives 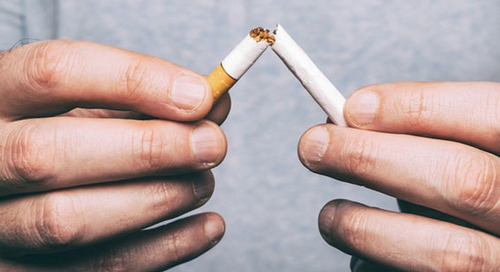