Jessica’s heart had been damaged by chemo and required surgery at age 22.

She lived for several years on an LVAD while her cancer was in remission.

With a new heart, she is grateful for the hope inherent in each new day.

Last year on Feb. 13, just before Valentine’s Day, Jessica received one of the best gifts ever: a heart. It was the culmination of years spent waiting for a desperately needed transplant.

Her journey began in 2011, after she had been diagnosed with Ewing’s sarcoma, a type of bone cancer, and underwent a grueling, year-long chemotherapy treatment. Because part of her femur had to be removed where the cancer had been, she wasn’t walking much by the time chemo ended, and she was depleted from the treatment. She felt so unwell that she checked herself back into the hospital several days after chemo was finished. A few days later, she woke up unable to breathe. Her blood pressure had plummeted. She was only 22 years old.

“It would have been very scary if I wasn’t in the hospital when it happened,” Jessica says. “The doctors thought I had pneumonia in my lungs, so I got an x-ray and an echocardiogram, and it was very evident that it was my heart.”

It turned out that the chemotherapy had damaged her heart so that it no longer pumped properly on the left side. She eventually came under the care of Andrew Coletti, MD, at the Providence Center for Advanced Heart Disease & Transplant in Spokane, Washington. At first, he tried to address the problem with different medications, but nothing worked. The next step was open-heart surgery to put in a left ventricular assist device (LVAD) so it could help pump blood.

The LVAD is often used as a short-term fix while a patient waits for a heart transplant. In Jessica’s case, however, she had to wait longer than usual. Because she had cancer, she wasn’t eligible for a transplant until she had been in remission for five years.

“Thank God my body and my heart liked the LVAD and responded well to it,” Jessica said. “I had very few complications, so I was able to live very successfully with an LVAD for almost six years. I had a normal quality of life — at least, as normal as you can have with a mechanical heart.”

It wasn’t all smooth sailing. Her medical team thought that after a couple of years on the LVAD, Jessica’s heart would heal on its own because they had seen it happen with patients who had viral heart failure. She was feeling good, so the decision was made to remove the LVAD. “My heart performed beautifully on all the tests, like it had when I was super healthy and running track in high school,” Jessica says.

Jessica reached a turning point when her heart wouldn’t start on its own after she was taken off the bypass machine. She ended up having four major surgeries in three days, was in a coma for 20 days and in the hospital for two and a half months.

She was put back on the LVAD and her quality of life returned to a path to normal. She even met Devin, the man who later became her husband. But once the five years were up, Jessica and her family decided she was on borrowed time, and she wanted to be put on the transplant list on her own terms, not as something that was emergent and life-or-death.

She began the process, even temporarily moving so she could be closer to Spokane and the Providence transplant center for when a donor heart would become available. On Halloween 2017, she was put on the transplant list.

The following February, she got the call that there was a heart for her. It came not a moment too soon, because the right side of her heart had started shutting down.

“It was overwhelming, like ‘Holy cow, this is happening,’” she says. “It was a Sunday afternoon, and the surgery was going to be the next day. They said, ‘Don’t rush,’ but how can you not rush? Devin and I just looked at each other and then went into overdrive because we had so many things to do to get to the hospital. I was looking at the house and the kitchen was a disaster and we had meat thawing on the counter for dinner, so we quickly cleaned up. I also had to eat something, so I grabbed the most random little-kid snacks like a pudding cup and applesauce, whatever I could find.

"There was relief that it was finally here, but at the same time they told us there was a big chance we could get the call, get to the hospital and get turned around or I would be on the operating table and wake up with my LVAD still in; they call it a dry run. So I told myself it wasn’t going to be real until I heard my heart beating on the other side.”

Jessica and Devin arrived at the hospital to check in. They were met by her parents, who brought in pizza, her favorite food, for dinner in the cardiac ICU while she prepped for the surgery. The next morning, the 14-hour transplant took place and went smoothly, although the heart was a little sluggish and didn’t want to start working right away.

When she woke up, she got to listen to her new heart beating. “I was so happy I was trying to cry, but my chest hurt so badly it was more like dry heaves,” she says. “My new heart is stronger than my native heart ever was, and I hadn’t had a normal heartbeat with the LVAD because I couldn’t feel a pulse or my heart beating in my chest. It was like getting a new upgrade to an engine.”

Since the surgery, Jessica has resumed life with her “new normal.” She and Devin married in August. They had waited so Jessica wouldn’t have to cut a hole in her wedding dress to accommodate an LVAD wire. She says the transplant isn’t a cure, and she is dealing with side effects from the medications she takes to prevent her body from rejecting the heart.

“Some of those meds pack a wallop and make me feel not great overall,” Jessica says. “One of the things I deal with is tension headaches. It’s not the worst thing, but a bad headache never makes you feel good. But for the most part everybody has days when they don’t feel good. My days when I don’t feel good are just kind of amplified.”

Jessica has to take other precautions. Her immune system is suppressed to prevent transplant rejection, so she has to be careful around people who are sick, and germs in general (“Flu season is my nightmare,” she says). She is vigilant about washing her hands and carries hand sanitizer with her wherever she goes. She is, however, getting her strength back and attributes her stamina during her health crisis to her days as a high school athlete.

Jessica adds that she is grateful for the “amazing” care she received at the transplant center. “I loved every piece of Providence, from the doctors to the people who bring in dinner to your hospital room,” she says. “The feeling you get is like family. They genuinely care and want you to feel better. That’s why we decided to move across the state — because it felt like home.”

Through it all, Jessica says she believes that God has had a plan for her. “My story is so shocking and not normal, and people usually say to me, ‘What I’ve got going on in my life is nothing compared to what you’ve gone through.’ I say to them it’s all relative. What I went through was terrible, but what they are dealing with may be the worst thing they’ve ever been through. You just have to take one day at a time. Tomorrow isn’t a sure thing, but when it does come it’s a new day and they should have hope that it can get better, at least a little bit. That’s what I always tell myself.”

If you have a heart health concern, talk with your physician, find one in our directory, or visit:

Subscribe to To Your Health for our best heart health insights and more, delivered straight to your inbox: 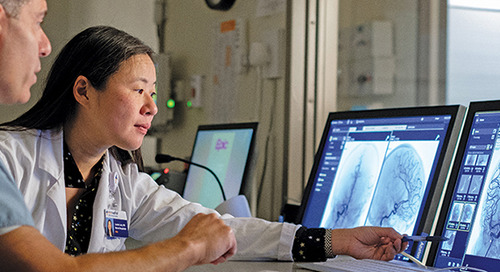 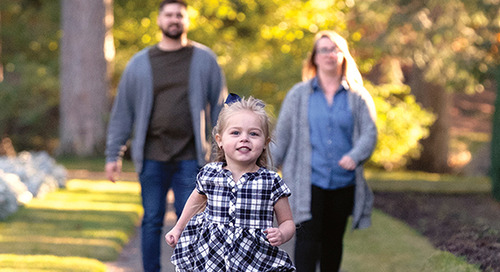