Home » To Your Health Blogs » Is it the flu? Or stomach bug?
× Share this Article

It’s all a matter of terminology. Influenza, or the flu, is a lung and respiratory infection caused by one of three virus types (A, B or C). The illness can be and usually is severe, lasting 10 days to two weeks.

The nausea, vomiting and diarrhea that is generally called “stomach flu” is gastroenteritis, an inflammation or irritation of the digestive tract. It can be caused by any number of organisms or “bugs”:

Although it’s no fun and may cause a fever of 99-101 as well as diarrhea and vomiting, a stomach illness usually passes on its own within a day or two, leaving only a bit of stomach queasiness for another few days.

The majority of cases are viral. Rotavirus often affects young children; norovirus (or Norwalk-like virus) is common among older children and adults. Other common viruses include adenovirus, calicivirus and astrovirus.

Viral stomach bugs are contagious and can spread quickly through a family, day care center or college dormitory. Norovirus, for example, can be spread through direct personal contact (kissing or shaking hands), sharing food, drink or eating utensils or even touching door knobs or shared computer keyboards.

To avoid spreading the bug, wash your hands thoroughly after going to the toilet or changing a baby’s diaper. Avoid preparing food, sharing drinking glasses, utensils, towels or wash cloths when you are infected.

Managing the Spread of Bacteria

Bacterial infections can also be spread through personal contact but are most commonly associated with food. When large groups are affected, it is usually because they ate the same contaminated food at a picnic, school cafeteria or restaurant.

To reduce the risk of infection:

Most cases of gastroenteritis will pass on their own, usually in a few days. The biggest danger is that the diarrhea and vomiting will lead to dehydration or electrolyte imbalances; so be sure to drink plenty of fluids.

There are medications that can stop diarrhea and may be particularly helpful if you have a long car or plane ride, or an important business meeting. But it’s usually best to let the diarrhea run its course and give your body time to heal.

Eat small meals (you probably won’t feel like eating much anyway) and avoid spicy or difficult to digest food (lettuce is notoriously hard for an empty stomach to digest).

After the first day or two, watch for signs of dehydration:

In most cases, the stomach troubles will pass on their own. However, if after two days you show no signs of improvement you should consult with your doctor. 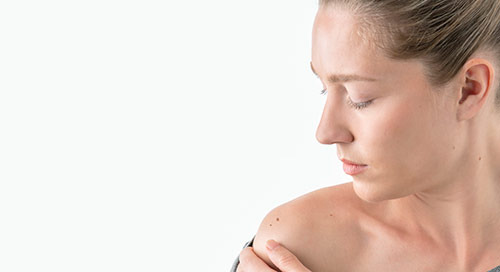 Skin cancer is the most common form of cancer in humans, affecting more than one million Americans every year.