With its sinister cells plotting against us, cancer is a formidable opponent. Cancer cells manipulate our immune system in ways that set up our body for invasion. Even after treatment eradicates the cancer, dead cells linger. This cellular debris produces inflammation and an inflammatory response from our immune system, which can stimulate the production of new tumors.

It’s a vicious cycle, one that flummoxes oncologists: Every cancer treatment kills cancer cells that produce the debris that will promote the re-growth of the surviving tumor cells.

But researchers may have discovered a way to break the cycle. A new study found that resolvins can deter tumor growth induced by cellular waste. Resolvins are a family of naturally secreted molecules derived from omega-3 fatty acids. In previous studies, it’s been observed stimulating a particular kind of immune cell to gobble up dead cell debris, thereby curbing the inflammation in the tumor tissue.

Traditional cancer therapies take a scorched-earth approach, precisely killing off millions of cancer cells as fast as possible with powerful drugs. Although this approach eradicates tumors, sometimes the fallout – dead cell debris – enflames surrounding tissue (the inflammatory response). Rogue cancer cells that escape the targeted therapy are energized, and, having survived a near-death experience, are totally transformed. These altered cells take on the characteristics of stem cells, resilient and determined survivors that can cause the reoccurrence of tumors if further stimulated by inflammation.

“These results actually vindicate a long-held hypothesis based on theory of cell biology: that we do something wrong with our blind focus on more killing of the cancer cells and on coming up with more ‘precise’ and powerful drugs,” Dr. Huang says. “Our new result confirms that the cancer cells follow the principle of [Friedrich] Nietzsche: What does not kill me, makes me stronger.”

Does that mean resolvin will be used as a cancer therapy soon? Perhaps. Resolvin is currently approved for topical use in eye inflammation and is also in clinical development as potential therapies for other inflammatory and neurodegenerative diseases.

But Dr. Serhan, a co-author of the study and the pioneer of resolvins, isn’t convinced it’s stable enough yet.

So the authors of the study are discussing clinical trials with synthetic resolvins. “We also continue to study the detailed mechanism for why cell debris stimulates the tumor growth more than it immunizes the immune system,” Dr. Huang says. This runs counter to the wide-spread idea that debris should be created, not removed, in order to stimulate the immune system to fight the cancer.

Although the connection between inflammation and cancer is now widely accepted, the results of the study renew interest in omega-3 fatty acids and aspirin, because together they trigger the production of resolvins. Dr. Huang points out that aspirin is currently one of the most powerful medications to lower the risk of or prevent many cancers.

But patients currently undergoing chemotherapy treatments should stay the course, he says. “They [treatments] almost always win time, and they are standard of care.” Dr. Huang adds that taking aspirin in combination with omega-3 fatty acids while in chemotherapy may be tempting, but aspirin has a side effect, to which cancer patients are particularly susceptible: internal bleeding (e.g. from ulcer). “Therefore, it is important to find alternatives to aspirin. That is why the drug that we proposed, resolvin, and tested in mice, may be a promising way out of the dilemma,” Dr. Huang says.

Be sure to talk to your doctor if you have questions about your cancer treatment.

If you want to learn more about Dr. Huang and the Institute for Systems Biology, visit their website.  You’ll find the study here. You’ll also find a study on resolvins conducted by Dr. Serhan, here. 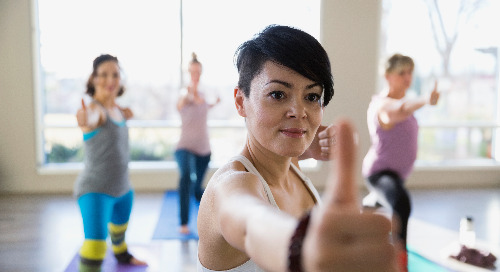 Bone health for women after age 50

Turning 50 comes with a lot of changes for most women, including bone density loss. Learn how to keep your ... 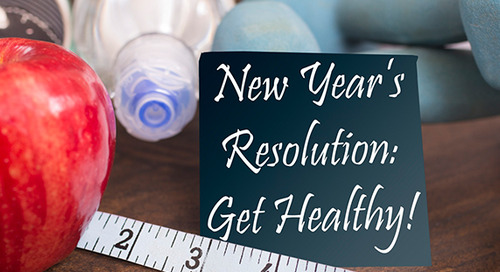 Make a positive change for the New Year