Home » To Your Health Blogs » Milk alternatives: more satisfying choices than ever
× Share this Article

Popular sources for milks include nuts, grains and plants (but not cockroaches — yet)

Read labels to see how these milks stack up nutritionally

Perhaps the clearest indicator that the alternative milk market has become big business was the hubbub created by a 2016 study that found cockroach milk was high in protein and amino acids that could be good for human health. Now, there's no such thing yet as a carton of cockroach milk on your supermarket shelf (and the closest thing to it, a milk product derived from insects, isn't even available in the United States), but there are still plenty of cow's milk alternatives to choose from.

In fact, those choices are more plentiful and varied than ever before, thanks to increased awareness of dairy allergies and lactose intolerance, as well as the growing popularity of vegan and other plant-based diets. Those choices aren't just limited to the sources the milks are derived from--nuts, plants, grains, etc.--but you can also choose among different flavors, unsweetened or sweetened varieties and whether they are organic or not.

So how to choose which one is right for you? Here's a look at some of the alternative milks on the market today.

Peas have been a popular key ingredient in protein powders and in the past couple of years, pea milks have been introduced to capitalize on that. (In fact, several brands market their products as pea protein milks.) Generally, the pea milks are on par with cow's milk when it comes to protein, and they have more protein than most nut milks. Plus, pea milks have less sugar and more calcium than cow's milk. Don't worry: even though green peas are the key ingredient, the milk is a nice neutral color.

One of the oldest milk alternatives has much in common with one of the newer ones. Like pea milk, soy milk is a protein powerhouse; not only does it have a lot of protein, it's a complete source of protein with all the amino acids humans need. Soy milk also has less fat and sugar than whole cow's milk while also providing more calcium and vitamin D.

While there used to be concerns about soy's effect on estrogen levels for women, especially in regards to breast cancer, and for fertility levels in men, recent research indicates soy consumption is actually safer than previously thought. Plus, there are a range of health benefits you can harness by drinking soy milk.

There are many possibilities when it comes to nut milks — almond, of course, as well as cashew, macadamia, pecan, hazelnut and many others. Often, nut milks don't have quite as much protein as cow's milk, but they also have fewer calories, making them a good milk substitute for anyone watching what they eat.

There is a caveat: some nut milks will have a lot of added sugars, especially if they are sweetened or flavored. You'll also want to make sure your nut milk is fortified with calcium and vitamin D, since they have less of those nutrients than dairy milk.

Finally, be careful to look for any additives such as guar gum or carrageenan — in short, make sure to read the label on your nut milk. One way to work around that? Make your own nut milk at home. The one drawback to homemade nut milk is that it is only good refrigerated for a few days, while manufactured nut milks can be shelf stable, so they can be a pantry staple.

Rice milk may be the best known among this type of milk, but you can also find oat or quinoa milk at certain grocery stores or online. These milks are usually lower in calories, cholesterol and saturated fats; however, they are also higher in carbohydrates. Oat milk generally has more protein than rice milk, as well as iron and folic acid.

As with nut milks, read the labels: there may be additives and sweeteners, and most need to be calcium fortified to be a solid milk replacement.

This doesn't refer to the straight-up coconut milk used for cooking, which is very high in saturated fat. Instead, coconut milk beverages are usually diluted to cut that fat content. Coconut milk lacks the protein content of cow's milk and needs to be fortified with calcium and vitamin D, but it does have iron and fiber.

People worried about the effect of cow's milk on their dairy allergies can turn to milk from other animals, such as sheep, goats and, yes, even camels. Sheep's milk abounds in protein, but it's not as common in a commercially produced beverage as it is in, say, cheese. Goat's milk is fairly similar to cow's milk nutritionally speaking but has lower levels of lactose, which makes it an option for people with milder lactose sensitivities. (There is, however, a tang to goat's milk that may take getting used to for some people.) Camel's milk, while still uncommon in America compared to other milk alternatives, has roughly the same amount of calcium as cow's milk and high concentrations of certain nutrients such as zinc, iron and vitamin C.

An analysis of animal milks also found that camel's milk contained high levels of naturally occurring antibacterial agents as well as immunoglobulins similar to those in human milk, which may help prevent allergic reactions. However, the relative scarcity of camel's milk in America means it's generally more expensive compared to other milk alternatives.

Did you find this story helpful? Subscribe to our blog and you’ll never miss a health update. Check out more informative diet and nutrition articles.

Are your really lactose intolerant?

Did your ancestors drink milk 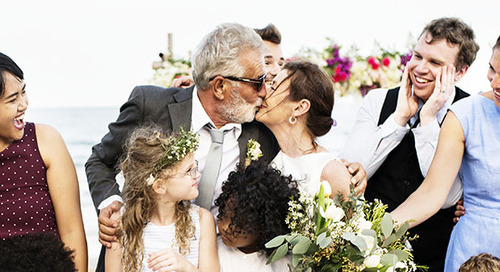 Think heart health is only a concern for middle-aged people? A healthy heart starts with good childhood hab... 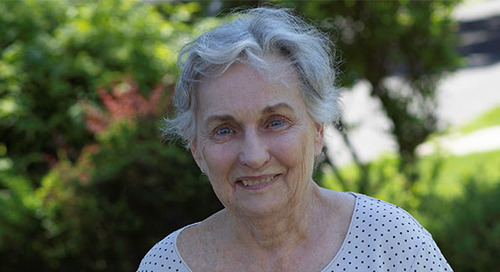 Many patients with heart valve problems bounce back with the help of a minimally invasive procedure called ...