How to measure weight at your waistline

Abdominal fat can be dangerous to your health

There are many ways to measure belly fat, including BMI, waist-to-hip ratio and special scales

When it comes to keeping weight off your waistline, there’s no easy shortcut

If you’re invested in your health, you know that excess belly fat isn’t just a matter of losing a few pounds for swimsuit season. Too much of the fat that surrounds the organs in the stomach area can cause long-range health issues, such as  high cholesterol, body inflammation, and an increased threat of heart disease, high blood pressure or diabetes.

“Not all fat is the same — fat within the abdominal cavity is worse and more unhealthy than fat just about anywhere else on your body,” says Sean Lee, MD, co-director of the bariatric surgery program at Providence Alaska Medical Center.

But figuring out just how much belly fat you have can be complicated. Which measurement do you use, and how do you take the measurement correctly? What is considered too much body fat, a high body mass index (BMI) or the number on the scale? And should you be worried if you are “overfat,” a term coined in a recent study that says many more people have dangerous amounts of belly fat than traditionally measured by BMI? Dr. Lee helps you sort it all out — and tells you how to help keep belly fat at bay.

You can measure your own BMI by taking your weight and dividing it by your height in inches, dividing that number by your height again and then multiplying that figure by 703. You can also use an online calculator; Dr. Lee recommends the National Institutes of Health website. Normal BMI range is 18.5 to 24.9. A BMI under 18.5 is underweight and may be unhealthy; a BMI between 25 and 29.9 is considered overweight, and 30 or above signals obesity.

“For folks in the ‘normal’ range, BMI does a reasonable job; it gives you an idea that if you’re outside that normal range you may have a little excess weight,” says Dr. Lee. There is, however, a wrinkle to BMI measurement. “It does not tell us what that excess weight is,” he adds. “It could be muscle — someone who’s built like a running back in the National Football League may have a BMI in the obese range, but that’s because he has a lot of extra muscle.”

This measurement is calculated by dividing the inches in your waistline by the inches in your hip circumference. This is meant to see if you are carrying too much weight in the stomach area (what’s commonly referred to as having an apple-shaped physique). Generally, a ratio of 1.0 or higher indicates increased health risks.

“This ratio, as well as waist circumference, are considered subjective measurements because the way you measure them can be pretty inconsistent,” Dr. Lee says. “It can be off depending on the moment of measurement, if the measuring tape isn’t laying flat around a person’s waist or hips or is at an angle, or one time you measure a little lower or higher than the next.”

Body fat percentages are determined with calipers that measure folds of skin at various points on the body, such as the upper arms, waist and thighs, and those numbers are calculated with an algorithm to come up with a final percentage. As with the waist-to-hip ratio, this number can be subjective depending on how the measurements are taken.

“These are scales that run a low-voltage electrical current through the body and sense resistance,” Dr. Lee says. “Water-containing areas of the body conduct electricity well, while fat doesn’t. It gives you a pretty good idea what percentage body fat you are. The scale can take a weight of 200 pounds and say the body fat percentage is 25 percent, so that means the 200-pound person has 50 pounds of fat. That scale is an objective measure because it’s going to do pretty much the same thing every time.”

Normal ranges for body fat percentage vary depending on age and gender. There are things that can slightly change the results, such as drinking a large amount of water right before stepping on the scale, Dr. Lee says. “So there are more sophisticated scales that run more complex algorithms to try and eliminate some of those differences, but the change is not huge.”

He adds that body impedance scales aren’t limited to doctor’s offices. You can purchase them for home use. If you’re a Crossfit fan, you’ve probably come across one in your gym, as they are a popular way to track body fat and muscle mass percentages.

What’s best for you?

“It’s not unreasonable to put a couple of things together. One is to monitor your weight more regularly. And once in a while, whether it’s in a doctor’s office or you have the funds to buy a body impedance scale, get your body fat percentage checked,” Dr. Lee says. “If you don’t want to do that, you can measure your waist circumference. But again, you want to take it at the level above the hip bones, just below or just at the belly button, and take it the same way every time. And using a BMI calculator can be helpful, too.”

Dr. Lee also says your body type plays a role. “People’s fat composition is unlikely to change drastically. Even if you’re losing weight, the distribution of your fat will stay pretty consistent.” So if you have an apple shape, you may want to take this measurement more seriously than someone who is pear shaped, where more fat is found in the hips and thighs.

How do you keep belly fat off?

“There’s no simple, easy shortcut to being healthy,” Dr. Lee says. “If someone were to discover a highly effective herbal remedy, dietary supplement, meal plan or some other quick fix for obesity, the world would know about it very quickly in the current age of globalization and social media. Don’t be pulled in by too-good-to-be-true weight-loss promises, as such products often do not live up to advertised promises, and in some cases may have health risks.” The bottom line: There’s no simple thing — it’s eating healthy and getting regular exercise.

For the latter, Dr. Lee recommends 30 minutes of exercise every day. “I define aerobic exercise as maintaining your goal heart rate for 30 minutes. That gives you a good aerobic workout that has positive effects for your heart, your lungs, your whole metabolism. For the vast majority of us, how many of us are exercising like that for a good 30 minutes? People say, ‘I run around after the kids and clean the house and mow the lawn.’ Those are great activities, but that’s not exercise. Activities are better than nothing, but what you’re shooting for is aerobic exercise.”

In addition to aerobic exercise, you should also do light resistance training twice a week, Dr. Lee says. “What that does is tone and build appropriate muscle mass. That muscle mass is beneficial for the body’s metabolism as well.”

As for terms such as “overfat,” Dr. Lee doesn’t use that in his practice but says the main takeaway is that “there’s more to your weight and health than BMI. Each of these measurements has their benefits and their shortcomings.” That’s partly because the field of weight loss is still evolving, he adds.

“My personal opinion is that there’s at least a half-dozen different types of obesity, maybe many more than that, that we don’t understand yet,” Dr. Lee says. “My analogy is hypertension. Some people have renovascular hypertension because they have atherosclerosis of their renal arteries, and some people have hypertension because of an adrenal tumor, for instance, so I think there are probably several different categories of obesity. That’s why some people can have a BMI of 60 and live many years and never develop diabetes, while someone else might have a BMI of 31 and have severe diabetes.”

If you are concerned about obesity, body fat or other weight-management issues, find a Providence St. Joseph Health physician at a location near you. 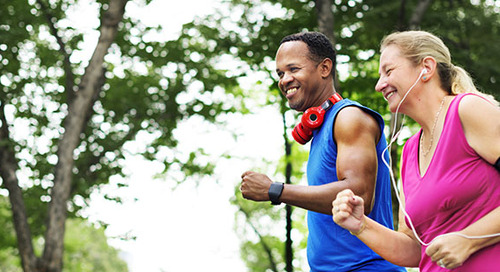 When is it time for heart surgery?

There are several options doctors and patients need to consider before moving to the operating table for he... 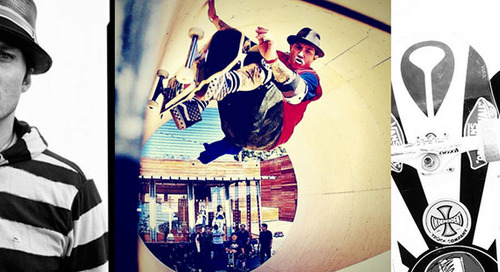